I had a blast mixing Red Fang’s “Stereo Nucleosis” for Adult Swim’s Singles Series. This was the forty third and Final entry for Adults Swims 2019-2020 program. I look forward to hearing what’s next from Red Fang.

As Peter Mann from mxdwn.com says:

“Stereo Nucleosis” opens with hard hitting guitar strings that sound a bit more aggressive than your usual offering from the Portland collective. The drums hit with grit tenacity and complement the equally aggressive guitar strings featured in the track. The production sounds fuller and heavier than Red Fang’s 2019 standalone track “Antidote.”

Why not make quarantine a stay-cation with this musical journey of 90’s flavored, jangley, grungy, indie pop? I promise a quick injection of fun and optimism. 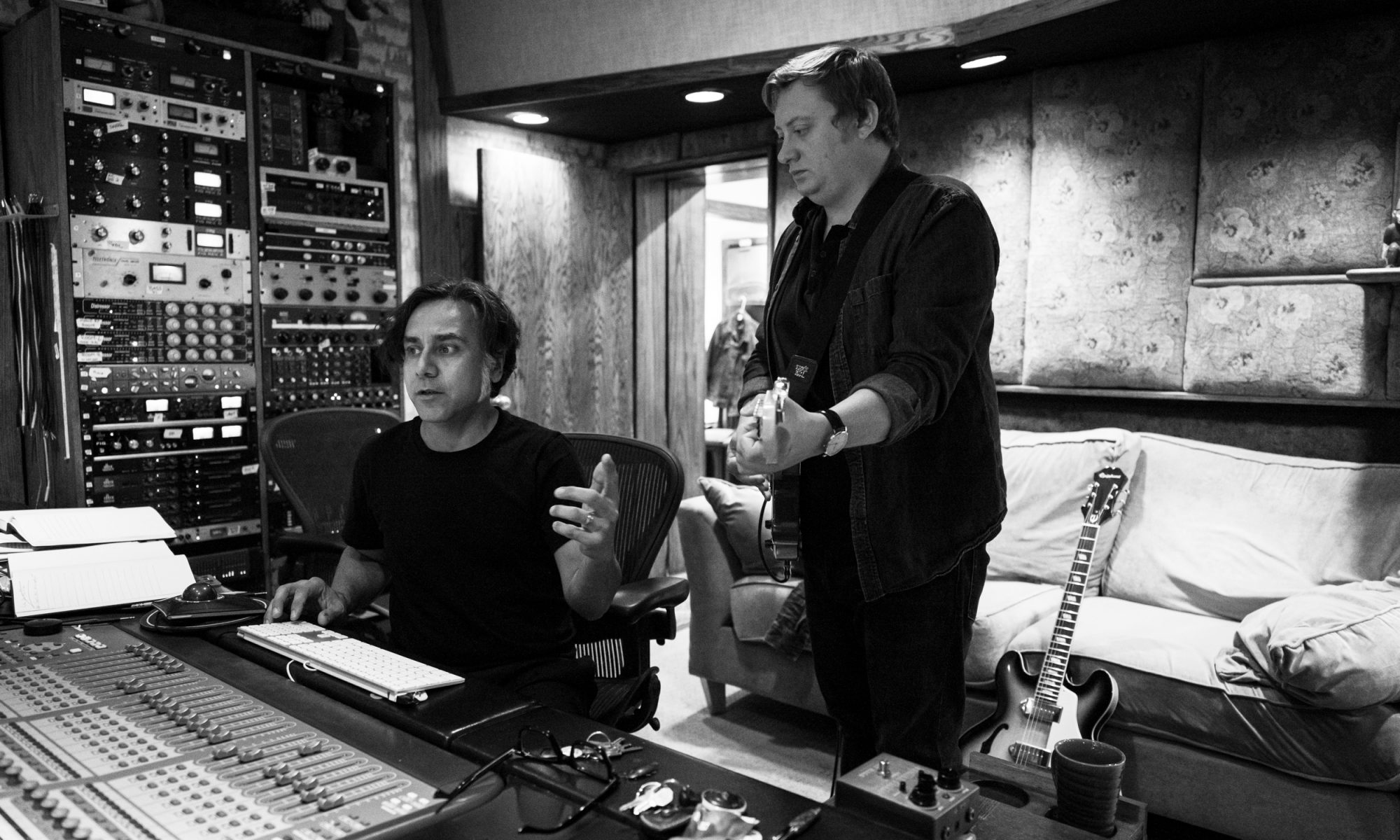 Back in my Amen days (somewhere around 1999-2000), I met Chris Lewis.  He was incredibly young and had great energy. He was an Amen fan and we met after a show we played in Sauget, Illinois. He handed our singer a demo tape of his band, The Kinison. The visceral, bombastic sound captured on that tape told us the band had real potential.

I remember helping record early Kinison songs at Amen’s rehearsal space. It was a carpeted garage deep in Van Nuys and that’s where Chris and his band worked out their tunes.  Their demo “I Hate Black Sabbath” was recorded at Sound City, and it led Chris and The Kinison through a series of showcases and ultimately a record deal.

Chris and The Kinison were on their way, and they toured relentlessly in the early 2000s.

Many years later, we reconnected when The Kinison wanted to record a couple of tunes with me at Dave’s Room. This became the EP “Oh, the Guilt”

A few years later, Chris started to write on his own. He tracked 5 songs with a talented friend of ours, Manny Nieto, at his Suplex Studio in Los Angeles. Not long after that, Manny decided to move his studio to Hawaii and I mixed an EP from those 5 songs; it’s called, eponymously, “LEWIS”.

Chris was excited to have these tunes realized, and given our history and how comfortable we are working together, he asked if I would record his album. Over several weeks Chris sent me dozens of songs for “LEWIS”. His new music has a more singer-songwriter feel; jangly and grungy, but at the same time poetic and personal.  Chris is both relentless and prolific and while I was listening to the first group, he sent more and more songs. We decided on a recording date and he was still sending me music! Each tune was better than the last and out of the final group came “Tobi”, and “I’m Nervous Too” – two tracks that I knew had to be on the record.

We worked hard and fast tracking live with Sam West on drums, and Frank Figueroa and Brian Duke on bass.  After 4 days of tracking and overdubs Chris had his first album recorded, “Son on the Floor”.

Mixing was fun – I kept the raw, honest performances and made sure Chris’ writing and intent really shone through. I am extremely proud of Chris and his new record. I am sure there will be more to come from LEWIS.

As Jedd Beaudoin from Pop Matters says: “the infectious single “Bathe Clean”, three minutes and six seconds that spotlight Lewis’ particular blend of humor, incisive observation and ability to create an unlikely but undeniable hook. Think of a sweeter Guided By Voices or songs where power-punk clichés are muted for the sake of the song and that’s some of what Lewis gets up to on” — PopMatters

Please enjoy The 4 singles leading up to LEWIS full length release August 21 “Son On The Floor”  on Sona Baby Records with these lyric videos.

Son On The Floor will be available on LP and download on August 21st, 2020 via Sona Baby Records. Pre-orders are available HERE.

Just before the pandemic lock down, Ryan Dennee (Stavesacre) called to discuss a new project he was involved in. He wanted to know if I could help The Lost Chorus produce a series of singles. Well, after a day of tracking and overdubs, we ended up confined to our homes. Bu here is the first single: “Soft Lies” was tracked at Dave’s Room. I engineered the drums and guitars. When I received the bass tracks and vocals I also dove in and did the mix. I will leave you with this lyric video “Soft Lies” by The Lost Chorus. Enjoy.

Here it is folks: “Book of Lies ” from Cemetery’s  new album “The Last Day On Earth”. From the beginning to the epic end, I had an amazing time mixing this album. “The Last Day On Earth” is the band’s first release since 1993, when the band signed a record deal with West Virginia Records and recorded their debut album, “Enter The Gate”.